SOMETHING IN THE GARSTON AIR!

A Century-old aroma that initiated a British breakfast revolution! 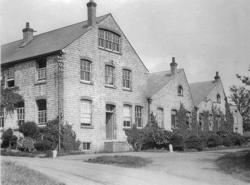 Everyone agreed that there was a smell! Borne on the morning breeze over West-Herts villages – a phenomenon never before experienced. “Could be a new brewery starting up “ some optimists (mainly male) opined. “Its more like baking-day at my old Gran’s” was a view more commonly expressed.

We‘re talking about almost exactly a hundred years ago when established habits of a lifetime in UK were about to experience a revolutionary change and it was all happening in a lovely rural setting just outside the town of Watford. Under threat was the traditional English Breakfast whose days, although scarcely anyone had even heard of c-h-o-l-e-s-t-e-r-o-l, were numbered!

The name Kellogg has its own breakfast cereal significance but not many people know the connection of the two brothers with Stanborough Park which is now well within the town limits. Dr John Harvey K. was medical superintendent of a famous Sanitorium whose researches had confirmed the importance of whole-grains in human nutrition. A practical man he used his knowledge to create a range of carefully balanced health foods which he fed to his patients with beneficial results.

His brother William Keith K. was something of a “whizz-kid” in development and marketing. He cashed-in on his brother’s expertise to offer to the public the new and tasty whole-grain foods. Both brothers were what we call Adventists – that is Christian believers who a century ago connected the development of the Industrial Revolution of the early twentieth century with Jesus’ last words to his disciples about his promised return. English Adventists had started a training college for ministers in North London at the turn of the century but the noise and bustle, not to say the expense of life in the capital was far from ideal hence the purchase of Stanborough Park in 1907 for an almost unbelievably modest sum! Here in the peace and quiet of the countryside the students flourished.

Country buses proceeding to St Albans on the narrow road initiated by the marching legions quickly acquired an extra stop at the Park gates and the imaginative conductors chose their own designation for the new halt, the least colourful being “Heaven’s Gate”. Actually after the chaos of the London days the students found their new quiet location, in a word “heavenly”. One practical consideration was that already on the park were developing various opportunities for self-support. Few of the students boasted independent means and were happy to work at the Health food factory within walking distance of their living quarters.

Others interested in developing talents allied to their Christian calling applied to the new Publishing House on campus – soon designated the Stanborough Press to “earn as they learned”. Some of them became so efficient in the printer’s arts that the Press soon began to exercise a maternal role to a whole crop of overseas publishing houses. But that is another story we may review later in this Centennial Year of Stanborough Park. In less than a decade from the launching of Stanborough College a new Medical Foundation was opened with a Maternity Department and a training course for nursing and paramedical personnel.

It would be interesting to compile a list of all the babies who first “saw the light” in the Stanborough Maternity Unit which for years was favoured by the rich and famous as well as popular Show Business families. Much more inspiring is the account of young men and women graduates of Stanborough College who planted Christian Churches with hundreds of thousands of adherents in a variety of formerly pagan lands. In the process several of these former students found a place in the records of the British and Foreign Bible Society for their translating prowess - giving to language groups and whole nations, the Word of God in the language first learned at their mother’s knee.

A remarkable instance of this translation skill was demonstrated by the production of the New Testament gospels in the Luo language, one of Kenya’s largest tribes whose language was spoken only and had never been reduced to literary forms. In 1907 young men and women from Stanborough College were printing grammar and vocabulary manuals which gave to the young children around the Great Lake Victoria the priceless opportunity to do what no one in their tribe had ever done before – to become writers and poets – “literati” no less, in their mother tongue! “ Making the Luo’s Lucid “ is a fascinating story but it is only one small phase of the effort and outreach of Stanborough Park College Services underlining the phenomenal achievements of its Century Of Service to mankind.

George Madgwick a young doctor from England founded in 1921 at Kendu Bay on Lake Victoria the Kendu Adventist hospital with its training facilities for nurses and para-medics and its air-strip for emergency admissions from strategically situated clinics and dispensaries. 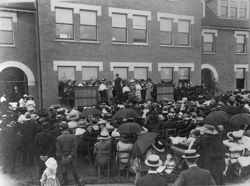 By 1931 the Stanborough Park grounds had shrunk considerably due to the taking over of the College farm to accommodate the building of Watford’s North Orbital Road so the Ministerial Training College was removed to the Palladian Mansion of Newbold Revel in the English Midlands but the removal of the College facilitated the development of the Stanborough Park Secondary School in the former College Building which in 1991 was re-housed in a purpose built unit.

The above notes represent brief snippets of a whole century of development and change. But in this first year of our new century at Stanborough you may like to focus on some of the influential personalities and inspiring cameos which excite the imagination and warm the heart. It will be our pleasure in this new century of progress to recall the stories of exceptional women and even some men of the same ilk who began their work for God and humanity right here in Watford Town!

We use cookies to personalize content and ads, to provide social media features, and to analyze our traffic. We also share information about your use of our site with our social media, advertising, and analytics partners.