For the 58th year running toys for needy local children will be finding their way to good home in time for Christmas. The annual Toy Service, which was held at Stanborough Park Seventh Day Adventist in Garston on Saturday 14th December, has over the years proved a life line for mothers who otherwise could not afford to give their children the type of Christmas they would like.
The event began nearly 60 years ago as one of the many ways in which the late Alf Kelly, who was awarded the MBE for his services to the people of Watford, attempted to help alleviate the problems experienced by many of the town's residents especially at Christmastime. Since his death the event has been continued by his daughter Pat Walton who is well known in the town for her own work helping to alleviate poverty in the borough and beyond.
In presenting the toys to the Mayor Pat remarked that each year the toys seem to get more, bigger, more electronic and more expensive but no matter the cost each gift represented the same value to a child. It was an inclusive gesture as everyone present had been a child and knew the happiness that giving a toy to a child can bring.
In addition to toys there were gifts for teens, mothers and even grandparents!
In response the Mayor said how amazing it was to see the number of gifts so generously donated. Adding that after a 'week that seemed like an eternity' and a period of uncertainty one of the key things was bringing people together and churches had a crucial role in doing just that; something that was more important than ever.
Social worker, welfare workers and representatives from the Watford and Three Rivers Refugee Council were present and chose toys from the display for their clients. Others will be taken to social workers for distribution in time for Christmas. 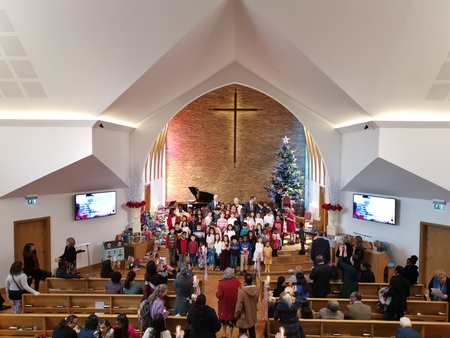 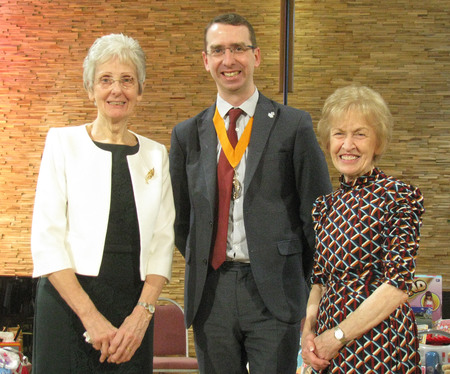